If you’re ever looking for things to do in and around Cardiff with young children I can highly recommend the Heath Minature Railway and Tramway. We’ve been regularly since the big one was small.

The boys are train mad, especially the wee one, so it’s always a brilliant day out. This year is the first year he’s really been big enough to truly appreciate the trains.

He’s totally Thomas the Tank Engine mad so to be able to sit on the trains and go for a ride was the best thing EVER. Although you wouldn’t know it from the pictures I took! 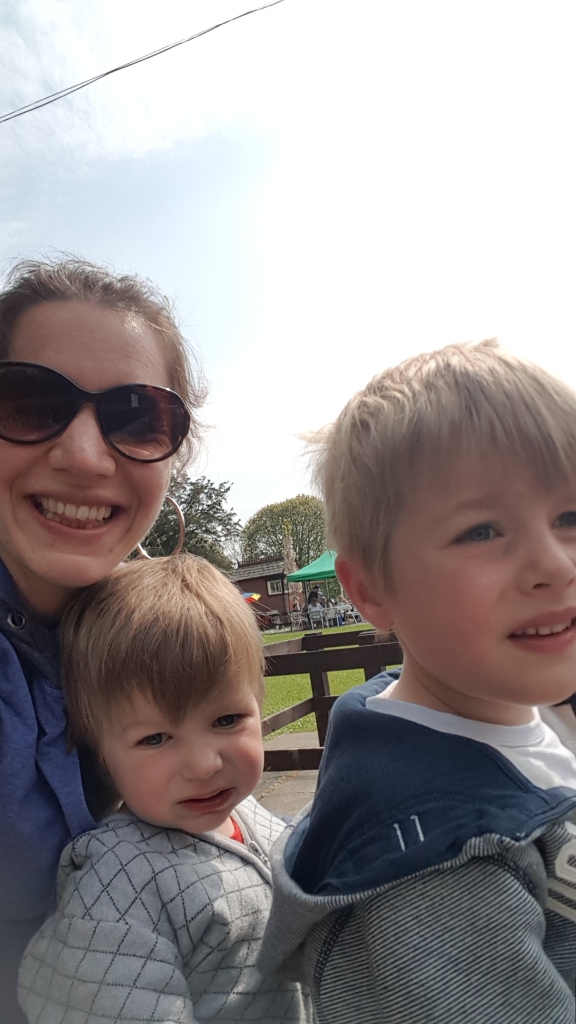 There are two big tracks that go round the edge of the grounds.

The steam trains go on one track, including through a tunnel. The electric trains run in the other direction. You get to go round the track twice so if you miss the photo opportunity the first time round there’s always another chance.

Rides cost £2 per person, children 3 and under are free. 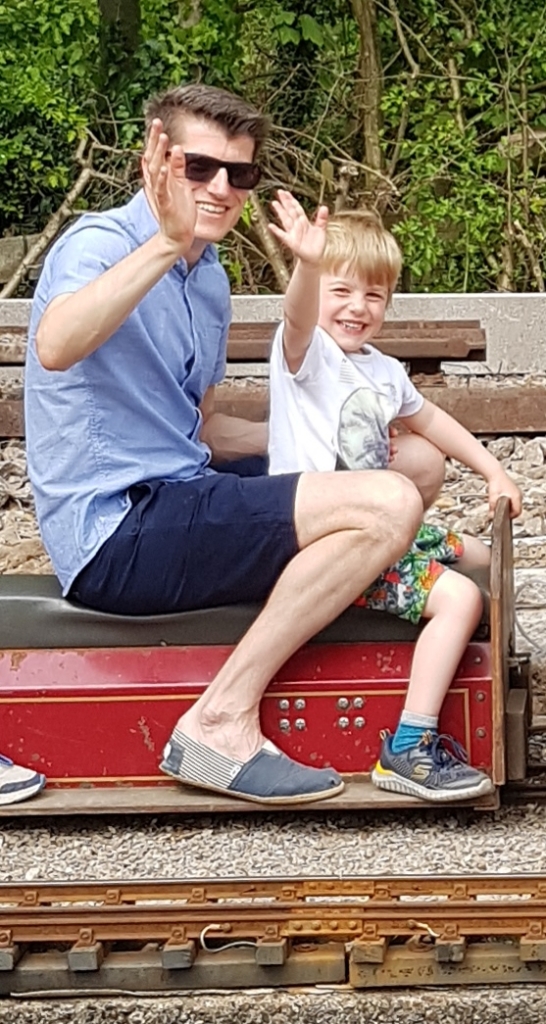 There’s also a tram you can go on and travel around the edge of the grounds. Although the boys much prefer the trains. Apparently the tram is too slow for my little speed freaks.

Thomas and his friends are there too…

The boys also love looking at the little track which is home to Thomas and his friends.

They didn’t actually see Thomas today, although I did spot him when we were riding round on the electric train.

They did see Donald and Douglas though as well as Duck and Salty.

There is also a train set just inside the entrance with a bench the children can stand on to watch which is always going.

There’s plenty available to eat too.

As well as a little bit selling ice creams, perfect for today.

You can also grab tea, coffe and home made cakes just inside the entrance.

According to our four year old the best bit is the steam trains.

He loves them because they are fast and go through the tunnel.

The trains normally run the third Sunday of the month. Dates are listed on the Heath Park Minature Railway website. It costs £2 per person to get in, children 3 and under are free. As far as I’m aware it’s cash only as well (just in case you pop along so you’re prepared).

I’ve posted this review because the boys love going to the trains and I wanted to share it so that others can discover it too. I haven’t mentioned that I was writing this post to the Society who run the railway and tramway.

One thought on “Heath Miniature Railway”

@sherunscardiff 6am Run Club were wearing pink this morning for #breastcancerawareness
First post on here in a few weeks. Thanks to the lovely @sherunscardiff
18 months later than planned I've just completed @run4wales Cardiff Bay 10k.
Such a lovely day supporting @pegasusultrarunning south CANUM.